A Link to a Helpful Blog 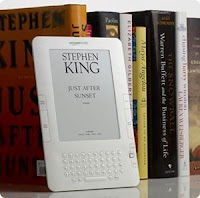 Devon
Posted by Devon Matthews at 5:15 AM No comments:

In a previous post, I stated my intention to blog my writing journey. To tell you the truth, it's been so long, I'm out of the habit. I'm not even sure if anyone reads blogs anymore. I may only be talking to myself, but I'm going to try.

As you know, I published my second book in early February. After that, I took a break for the rest of the month. Then I started my newest work in progress on March 1st. Happy to say, I'm almost at the 23,000 word mark. I even worked up a trial cover, and here it is.

I'm happy with my output so far, but the writing hasn't been without its trials. For two horrible days, I came to a complete halt and decided I couldn't make the hero's conflict work. Couldn't resolve it. He's an outlaw, after all. So I had to really dig in and think about it. I decided his motivation was solid. I even absolved him morally. The only sticking point--and it was a big one, to me--was his standing in the eyes of the law. I wanted him to be legally absolved in the end, but there's no way to make it happen without sending him to jail. And that wouldn't make for a very happy ending, would it?

Anyway, for two days, gloom and despair. I was 20,000 words in. I tried to think of a different plot setup that would turn him into a victim rather than a criminal, but it became so convoluted and unbelievable, I ended up scrapping the idea. I decided I just had to continue and go with my initial gut feeling about the story. So, that's where I am at the moment.

In other news, I also started another manuscript. I know, I know. We're not supposed to work on two stories at the same time. But the idea came to me and I just had to start writing it down. Or lose it. I can't tell you how many times that's happened. So far, so good, but the title is driving me bonkers. I don't have one because the original title I came up with--the one that fit so perfectly--has been used at least a dozen times in recent years. So I'm working on a manuscript that's untitled and that's never happened before.

My Muse's Musings: NEW RELEASE! Breaking Point: A SEAL Team Heartbrea...: First of all I want to thank everyone who signed up for my newsletter during the Mega author giveaway we ran last month. I only send out my ...
Posted by Devon Matthews at 1:13 PM No comments:

Long Absence and a New Book

It's been such a long time since I've been here, I'm not even sure if anyone keeps up with blogs anymore. And since I've been silent these past four years, I feel I need to explain why. None of it is good news, I'm sorry to say. My family has had more than our share of loss recently. Then, a little over a year and a half ago, my dear hubby suffered a stroke and our lives drastically changed. My husband, who always took such good care of me and our family, suddenly became the one in need of care. Suffice to say, we've had a struggle.

Anyway, there is one bit of good news in all of this. Between long bouts of putting my writing on hold, I did manage to finally finish the book I was working on. I published it a couple of weeks ago.

I'm so out of practice at this and I've lost touch with everyone I used to know, but I intend to make an effort to start blogging my writing journey again. If any of you are still out there, I wish you all the best. 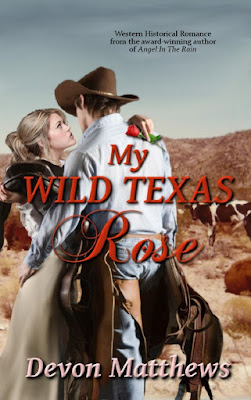 
Available at Amazon
Posted by Devon Matthews at 3:25 AM 5 comments:

I'm back and I'm over at Cowboy Kisses today blogging about one of my favorite subjects -- the myth versus the reality of the Old West. I hope you'll hop over and join me. It's been a while but I'm still creaking around. ;o)

Happy reading and writing!
Devon
Posted by Devon Matthews at 3:46 AM No comments: