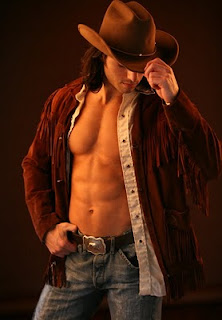 Is it just me, or is blogland truly as dry as a rain barrel in August lately? Where is everyone? I know I'm guilty of neglecting the blog in recent weeks, (okay, make that months) but I'll be darned if I can think of anything interesting to write about. I could talk about the crazy weather but I think we're all sick of it already. I have a whole slew of personal stuff I could unload but I'd rather not go there either.

So, what's left? Writing? Well, I'm still at it but there's nothing earth shattering to report as of this posting. Oh, I did have an epiphany the other day. (Yeah, another one.) I realized I've been looking at the business side of writing all wrong. So, I'm planning a new approach to the submission process. I'll let you know how that works out.

Anyone else got cabin fever? If so, what are you doing to keep from climbing the walls? The snow's coming again tomorrow night and it's expected to last until Tuesday. It's times like this when I really miss my son being here. He did move out back in the fall, by the way. When he was still at home, I could hop in my car and make a run to town whenever the notion hit me. Now, not so much. I've been making quick grocery runs about every two weeks.

Well, there I go. I said I wasn't going to unload my personal stuff, but I managed to slip something in anyway. Guess I'd better go before this turns into Dear Diary.

Enjoy Andrei Claude in cowboy getup. I posted Mr. Hottie because he's much nicer to look at than the cold stuff outside, and I think it's safe to say we're all sick of snow pictures.